We will set the scene: 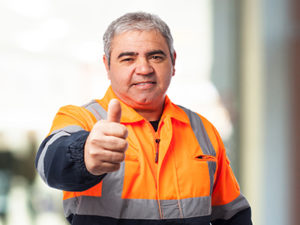 and a little ore worn than what it should be.
Does the condition effect the value: personally I would argue yes, its like trying to sell a dirty car with a radio that doesn’t work, its not major, but rather “off putting” and shows a lack of respect for their possessions.

What is the cause?

In discussions with the committee, we found was that the incumbent Building Management company were doing the absolute bare minimum of the scope yet charging for the owners for the full scope.
That is, the incumbent Building Management company had the expertise to do a good job, they just used very low cost sub-contractors constantly whom cut corners to get the job done and still make a profit; eventually, after 5 years, the results showed in the condition of the services and the common areas.
Our client sought to have the cleanliness and overall “new feel” of the common areas returned to their previous original state without massive capital costs.

Our concern, was that if we took on the building Management of the site, would we be expected to offer a low cost agreement to meet the example of our predecessors.

Were the committee members aware there would likely be higher costs in the initial months of the agreement as services and common areas were brought back into the condition they ought to be in.
We revisited the site several times to ascertain more details of the condition of the common areas of the site and make a judgment on their repairs and costs along with on-going cleaning and ad hoc maintenance.

So what was the real cost to the Owners

The real cost would have been in the “perceived value” of the site while the common areas were in a rundown state. The true financial cost is difficult and subjective to estimate, especially to those whom sold a unit during the last two or three years within the complex, when the poor maintenance and janitorial works would have begun to really show.

The people that bought in to the complex during that time and are now seeing the benefits of the improvements and sustained upkeep maintenance would likely have gained a financial advantage as a result.
The “feel” of the unit complex is now much more homely, clean, and cared for and less like 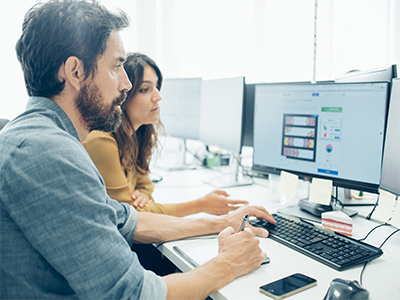 an older style “clinical hospital”, and it’s this “feel” we believe, assists in the overall value and performance of the site.
It is so much more welcoming now than it was before.

What improvements were made?

In the common areas we focused on the following:

In the Car park we focused on these items:

So overall the feel of the apartment complex improved dramatically, the additional costs for repairs were spread over a 12 month period, with a priority set for legislative and Safety issues compliance.

A Few Questions For The Commercial Building Manager

Commercial building Manager Questions you might consider asking You’re considering a move to new commercial office building, everything ticks the box, but you’re looking for a little additional “comfort”; as a potential long term home for your business, you’re mindful of employees, visitors, contractors and most of all, your clients whom come into your office […]

Who Is The Building Caretaker?

The One Question to Ask Your Facility Manager:

The One Question to Ask Your Facility Manager: Do you keep an Asset register database for your building? Creating and Maintaining an Asset register is not always on the priority list of the facility manager, but, it’s a good indication as to the work load the manager has, and if there is time enough to […]

False Economies in Building Management Investigating and eliminating False economies has the potential to save some serious money for both the Facility Manager and the Owner. Where to begin, there are two major areas of loss, the first being labour the second being energy and natural resources. The labour side is actually the least obvious, […]

Ensuring Compliant water storage methods in Commercial buildings The Responsibility At some point in time, it will occur that an owner/occupier or manager will be confronted by a requirement from an external regulatory body for compliance regarding compliance of various water system components. Not everyone is aware of the components requiring legislative compliance until they […]